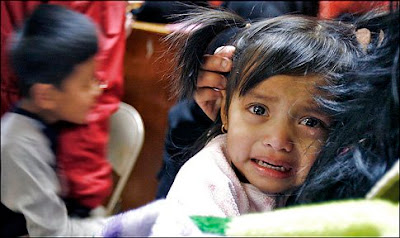 Over two weeks ago I wrote this essay that just appeared in the History News Network (the above photo appeared in the essay). Much has happened since then--a father's suicide after being separated from his son, the Trump's administration's apparent consideration of "tent cities/prison camps" for these children, and so forth--and the policy has become even more horrific in the past two and a half weeks since I wrote the piece.

The essay had to be cut for publication, so I will place the full draft that I first submitted on this blog. The essay includes a brief discussion of the parable of the Sheep and Goats (near the end), for those who come hear to read about the reception history of the parables):

If you prefer the (much) shorter version, just click on the link above.

The family escaped in the dead of night. Like countless other immigrants, they lived in a country oppressed by a ruthless and murderous ruler, and they feared for the safety of their young child. So they fled under cover of darkness and traveled hundreds of miles to a distant country where they would be safe.

This family, the story goes, was fortunate. Joseph, Mary, and Jesus escaped from Herod the Great and found refuge in Egypt, although many others in Bethlehem and the surrounding villages were killed on Herod’s orders.

Last year a woman and her seven year-old daughter, fearing violence, fled the Congo, presented themselves at the U.S. border, and officially sought asylum. Even though officials determined that asylum might be granted, the mother and her child were forcibly separated by immigration agents. The woman was detained in San Diego, and her daughter, screaming and traumatized, was taken to a facility in Chicago.

This story and numerous other stories of children being separated from their parentsforeshadow what is now official government policy: All people who cross the border illegallywill be prosecuted. This change means that parents who arrive with children are detained in jail, including ones seeking asylum, and their children—even those who are eighteen months and perhaps younger—are turned over to the Department of Health and Human Services.

The stench of this policybegins at the top, as is evident from Donald Trump’s statements, such as the ones in the announcement of his candidacyfor president. Trump found an eager partner in Attorney General Jeff Sessions, who recently announced this new “zero tolerance policy”: “If you cross the southwest border unlawfully, then we will prosecute you . . . . If you are smuggling a child, then we will prosecute you and that child will be separated from you as required by law. If you don't like that, then don't smuggle children over our border.”

To be clear, there is no law that requires separating children from their parents at the border. This policy is new, it is heartless, and it is Trump’s policy.

This hostile approach to immigration is justified throughout the administration, such as chief of staff John Kellywho bemoaned the ability of these “overwhelmingly rural people” to “assimilate”:  “They don't speak English. They don't integrate well, they don't have skills.” Kelly supported the policy to separate family members as a “tough deterrent” and infamously declared: “The children will be taken care of — put into foster care or whatever.”

A core constituency of the Republican party, white evangelical Protestants, reflects the differences of opinion on immigration between Republicans and Democrats. According to Pew:

Emma Lazarus wrote the Petrarchan sonnet, “The New Colossus,” in 1883 to help raise funds for the pedestal on which the Statue of Liberty stands, and, in 1903, a plaque with the poem inscribed on it was placed inside the pedestal. Even though people such as White House adviser Stephen Miller attempt to undermine the importance of the sonnet, its connections to the Statue of Liberty’s symbolism are clear:

Not like the brazen giant of Greek fame,
With conquering limbs astride from land to land;
Here at our sea-washed, sunset gates shall stand
A mighty woman with a torch, whose flame
Is the imprisoned lightning, and her name
Mother of Exiles. From her beacon-hand
Glows world-wide welcome; her mild eyes command
The air-bridged harbor that twin cities frame.
“Keep, ancient lands, your storied pomp!” cries she
With silent lips. “Give me your tired, your poor,
Your huddled masses yearning to breathe free,
The wretched refuse of your teeming shore.
Send these, the homeless, tempest-tost to me,
I lift my lamp beside the golden door!”

Most people quote the part of the sonnet that speaks of the tired, poor, “huddled masses yearning to breathe free” to speak about the greatness of the United States and the value of diversity. Yet just as important is the sonnet’s radical statement about hospitalitythat contrasts the welcoming “Mother of Exiles” symbolism of the Statue of Liberty from the “conquering limbs” symbolism of the statue of Colossus, one of the seven wonders of the ancient world that stood in the harbor of ancient Rhodes.

Lazarus’s sonnet also reminds us that although many Christians believe the Gospel of Matthew’s story about Joseph, Mary, and Jesus fleeing to Egypt is unique, that story is similar to thousands of other stories of immigrants fleeing for their lives and livelihoods. In all of these cases the fundamental issue is that of hospitality to fellow human beings.

In the Gospel of Matthew, Joseph, Mary, and Jesus, as “strangers” (immigrants) in Egypt received hospitality and later return to Israel after Herod the Great died (although they settled in Galilee). Matthew is also the only Gospel to include Jesus’s famous parable of the sheep and goats (Matthew 25:31-46), a story that declares that giving hospitality to those in need, such as strangers/immigrants like Jesus was in Egypt, is the same as giving hospitality to Jesus himself. This parable also teaches that God will judge human beings on their hospitality, how they treat the “least of these,” the hungry, thirsty, stranger/immigrant, sick, ill-clothed, and imprisoned. Since some scholars—incorrectly, in my view—interpret the “least of these” as being Christians, it is important to note that the critical importance of these acts of hospitality is found throughout the teachings of Jesus—such as extending hospitality to “the poor, the crippled, the lame, and the blind.”

Hospitality, of course, is not exclusively a Christian virtue (e.g., in the ancient world such acts of hospitality are called “deeds of lovingkindness in Jewish rabbinical traditions, and they are among the virtues in classical philosophy), but the dichotomy between the teachings of Jesus and the beliefs of white evangelical Christians about immigration is striking.

The good news is that a number of Christians, including some evangelical Christian leaders, are challenging other Christians to consider what Jesus actually said and did before reaching any political conclusions:

Because “how we treat the hungry, the thirsty, the naked, the stranger, the sick, and the prisoner is how we treat Christ,” Christians must oppose “attacks on immigrants and refugees” and “cutting services and programs for the poor” accompanied by tax cuts “for the rich.”

To date there is little evidence that white evangelical supporters of Donald Trump can be persuaded to change their minds by any appeal to the teachings of Jesus. Hypocrisy is often in the eye of the beholder. But one key element in this policy of separating children from their parents may make a difference. As Jonathan Chait argues, the “emotional power of the stories of families torn apart by Trump’s policy has an unknown, but vast, potential.”

The first step would be to understand that these asylum seekers and other immigrants—who are demonized as “criminals” or even “animals” by those seeking to rationalize this policy—are fellow human beings. The next step would be honest discussions of our immigration policies and to what extent the United States should practice the virtue of hospitality. There are more humane options, as Ali Noorani suggests, such as using discretion in prosecuting immigration cases (families are separated when adults are prosecuted), providing legal counsel for children, alternatives to detention in facilities, and, when detention is deemed necessary, providing more humane conditions.

Will the horrific policy of separating children from their parents cause many white evangelicals and others to change their minds about immigration policies in general? As the anti-immigrant president they support says when he does not know or want to give the answer, “We’ll see what happens.”

In the meantime those who have a shred of humanity should fight this inhumane policy.


I am delighted to announce that yesterday I started working on the 20th anniversary revised and expanded edition of What Are They Saying about the Parables?

It is great to be working with Paulist Press again (I also published WATSA Historical Jesus? with Paulist).

I turned in my final manuscript for WATSA Parables?  in November 1998. I remember that date because I found the files on a 3 1/2 inch floppy disk (marked "final" with the date on it) in a storage room in our basement and had to obtain an external floppy disk drive so I could transfer the files to my laptop (it's been a few years since I've had a computer with a floppy drive).

Many, many important studies in the parables have appeared since WATSA Parables? was first published (2000). Arland Hultgren's The Parables of Jesus, in fact, came out the same year, and the first edition of Klyn Snodgrass's monumental Stories with Intent was published in 2008, with a second edition appearing in 2018 (with a new chapter on recent scholarship). So it's a good time to bring the book up to date, especially since it is still being used as a textbook in classes on the parables.

In addition to expanding the seven extant chapters, I am adding at least one chapter, tentatively entitled, "What do Parables Want?" More about that chapter later, but it will include recent Reception History works on the parables, selected ethical responses, and some books about preaching the parables.

So this is my third book in a row that focuses on the parables:

Howard Thurman, Sermons on the Parables (co-edited with Kipton Jensen) comes out August 23, 2018. 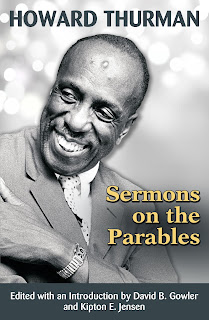 The Parables After Jesus: Their Imaginative Receptions across Two Millennia was published in 2017. 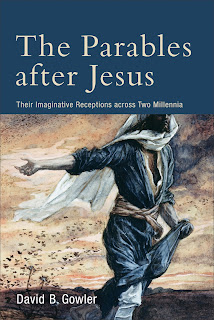 I have some thoughts about my next book project after I finish this one, and it may also have some connections to the parables. We'll see.