Since I just noted Thomas Hart Benton's lithograph on the Prodigal Son parable, I will continue my discussion on Tertullian with his interpretation of the Prodigal Son (and parables in general).

Some of Tertullian’s most important discussions of the parables, including where he offers some guiding principles for parable interpretation, are found in his work, On Modesty. His interpretation of the parable of the Lost Sheep, as with the parable of the Rich Man and Lazarus (discussed previously on this blog), looks to the context of the parable in Luke as its guide: “the Pharisees were muttering in indignation at the Lord’s admitting to His society heathen publicans and sinners, and communicating with them in food.” Therefore, Tertullian concludes, the lost sheep designates “the lost heathen,” not a Christian who was restored (Chapter 7).

He makes this case, because others had argued that the “sheep” designates a Christian (as John Chrysostom will later do), the “flock” represents the church, and the “good shepherd” is Jesus, and so the lost sheep is a Christian who has gone astray from the church. Tertullian argues that this interpretation makes “the Lord to have given no answer to the Pharisees’ muttering, but to your presumption.” Also, from the context in Luke, Jesus calls the remaining flock the “righteous,” and by that he means not Christians but the “Jews”; Jesus was “refuting them, because they were indignant at the hope of the heathens” (Tertullian interprets the parable of the Lost Coin in the same fashion, as representing the “heathens” who become Christians, not those who are “already in God’s light”).

Likewise, Tertullian writes, most interpreters of the parable of the Prodigal Son incorrectly argue that the elder brother represents the Jews and the younger brother represents Christians (Chapter 8). That cannot be the case, Tertullian points out, because the parable indicates that the elder brother claimed to have never “transgressed” his father’s precepts (Tertullian assumes the elder son’s claim is accurate). The Jews, however, had transgressed the law of God, Tertullian believes, so the elder brother cannot represent them. Instead, the opposite is the case: the elder son represents the Christian, and the younger son represents both the Jews who grumble against those converting to Christ and the unbelieving Gentiles who wander in ignorance, error, and sin (although they should have known better). Instead of following the path that the parable naturally bids interpreters to follow, some interpreters have invented “allegorical gestures to their ditties, giving expression to such as are far different from the immediate plot, and scene, and character . . . .” Such interpretations, albeit extraordinarily ingenious, have “nothing to do” with the subject of the parable. The “heretics,” do this, Tertullian charges, because their interpretations of the parables are pre-determined by their theological presuppositions: “Loosed as they are from the constraints of the rule of truth, they have had leisure, of course, to search into and put together those things of which the parables seem (to be symbolical).”

The next post will discuss Chapter 9 of On Modesty, where Tertullian then offers some “general principles of parabolic interpretation” and applies them to the parable of the Prodigal Son.

Note on the Murillo painting: I flew to the the Society of Biblical Literature meeting in Baltimore last November a day early so I could take a train down to DC to the National Gallery of Art (by the way, The National Museum of the American Indian is not only a great museum but also the best place to eat lunch on the Mall). The Murillo painting, The Return of the Prodigal Son is amazing. Don't think it will make the cut for the book, though. I have too many images from which to choose, especially on the Prodigal Son parable.

I also enjoyed seeing Murillo's Two Women at a Window at the National Gallery: 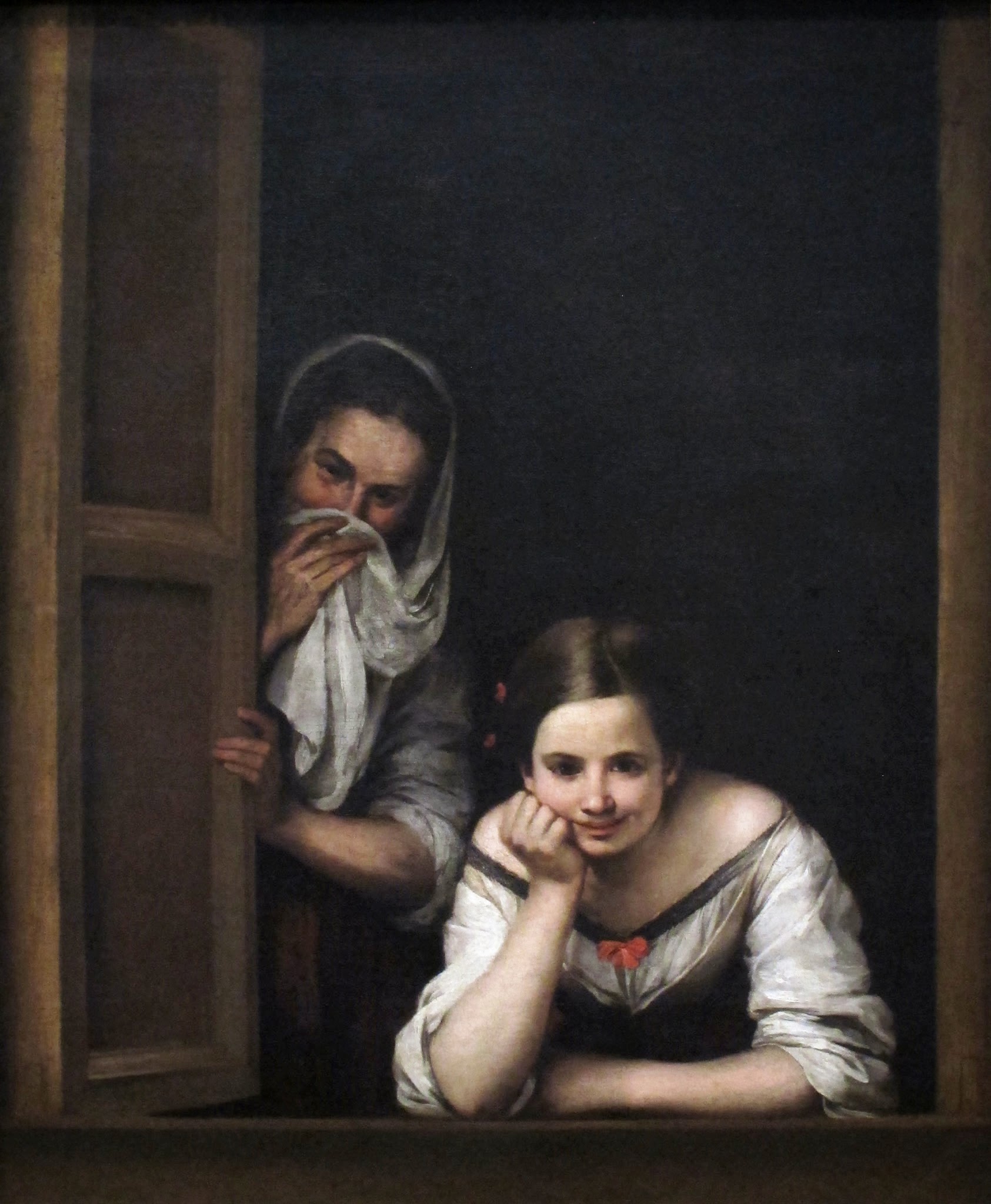