Hildegard of Bingen and the Prodigal Son (final post on Hildegard) 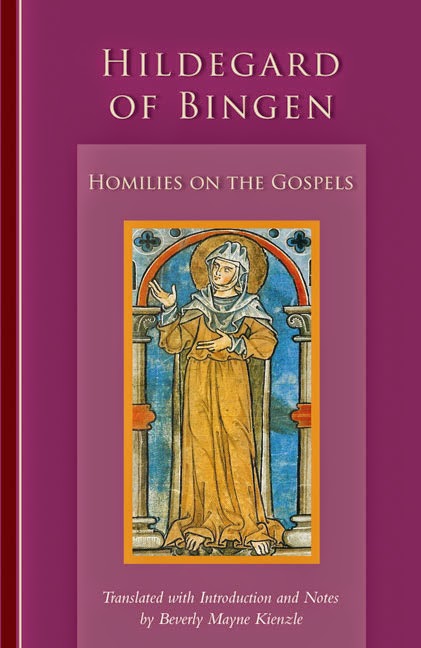 Finally, let finish my discussion of Hildegard of Bingen and the parables with two of her homilies on the parable of the Prodigal Son.

Homily 26 constructs a moral allegory of virtue and vice with the parable of the Prodigal Son: God created humankind in God’s likeness (note Hildegard’s continuing focus on God as Creator) and gave them the ability to discern between good and evil. The elder son symbolizes the one who clings to “good knowledge,” whereas the younger son symbolizes the ones who incline toward evil. God bestows glory and honor on the former but allows the latter to depart, and “In the excess of vices [they] lost hope for life” (119). The son at last remembers his creator and returns to his father, thus turning from vice to virtue. The father responds “through heavenly inspiration” by saying to the servants to bring elements that represent virtues: the robe (the innocence that was lost by Adam in Paradise), ring (the comprehension of good works and renunciation of the devil), and shoes (so that he may walk uprightly).

Another interesting aspect of Hildegard’s allegorical reading is that she expands the thinking of the older son by having him compare himself more fully to his younger brother:

With measure and moderation I serve you through good things, and never have I gone against your command by denying it, as my brother did; evidently, it was not allowed that I, by my share of sins, would have so great a report with the virtues about my good actions as this brother of mine about his conversion . . . . in other words, the one who was created by you and by neglecting your commands rejected those works that were necessary for his soul, squandered them with the ravings of his folly, but made an upright journey, and you appointed him with the passion of your son in the abundance of life (121-2).

The father replies that it is necessary to rejoice when evil knowledge returns to the good and is alive again in the knowledge of God. He also uses the interesting metaphor of the warrior, one that is found repeatedly in Hildegard’s works. Here the image represents the ones who fell into vices but have been restored to virtue (see Isaiah 42:13; Kienzle 2009: 282-5):

Similarly, a warrior defeats an enemy, and the enemy, after being conquered, will later be his friend when compelled by necessity, because he will not be able to resist him; therefore, the one conquered should be praised for his service (122).
One wonders whether this interpretation that expands the role of the elder brother is directed specifically at those in Hildegard’s religious community to remind them to celebrate when others—who unlike them had indulged in great vices—returned to the family of God; hence the expanded role given to the voice of the elder brother.

Homily 27 includes the distinctive element that the elder son in the field represents the angels (a theme of some Gnostics that is also found in Origen, from whom Hildegard may have received it; see Kienzle 2009: 88-9) who heard that the apostles who “were performing wonders and great signs among the people.” When the angels found out that God had sent God’s son to save humankind, they were jealous and angry, because they did not need the incarnation, suffering, and death of Jesus to receive salvation, but that sinful human beings had received that gift. God admonishes them and says that they will always be God’s messengers to humankind but that it was necessary for Jesus to bring humankind the eternal life of salvation.

In case anyone is interested, here is the text I used for the homilies: Hildegard of Bingen, Homilies on the Gospels. Collegeville, MN: Liturgical (Cistercian Studies), 2011.
at December 02, 2014