In their discussion of the existence of the soul (in Gregory’s On the Soul and the Resurrection), Gregory also asks his sister to explain the location of the “much-talked-of and renowned Hades” to which the soul might go after death. Macrina answers that Hades does not exist in a particular place; instead, the soul migrates from “the seen to the unseen.” Hades is invisible, and any passages from the Bible that suggest otherwise are allegorical (e.g., Phil 2:10).

But how can this view cohere with the teachings of Jesus, who very clearly speaks of the existence of Hades, such as in the parable of the Rich Man and Lazarus? Macrina responds that the parable itself gives many hints that it is allegorical; these hints lead “the skilled inquirer to a more discriminating study of it.” A non-allegorical reading is “superficial,” since such aspects as the “great gulf” between Lazarus in the bosom of Abraham and the rich man being tormented in Hades should not be interpreted literally. How can the rich man, for example, lift up his eyes to heaven, when his bodily eyes remain in his tomb? Both of the men’s bodies physically are in a tomb (note: the parable in Luke does not explicitly say that Lazarus was buried, perhaps another key difference between the rich man and Lazarus), and disembodied spirits cannot feel the heat of a flame or have a tongue that is cooled by a drop of water:

Therefore, it is impossible to make the framework of the narrative correspond with the truth, if we understand it literally; we can do that only by translating each detail into an equivalent in the world of ideas. Thus we must think of the gulf as that which parts ideas which may not be confounded from running together, not as a chasm of the earth. Such a chasm, however vast it were, could be traversed with no difficulty by a disembodied intelligence; since intelligence can in no time be wherever it will.
will write the fourth and final post on Macrina the Younger and the parables.

In the meantime, let me recommend two helpful books:

Gregory of Nyssa, The Life of Saint Macrina. Toronto: Peregrina, 1989.

Marion Ann Taylor and Agnes Choi, eds.  Handbook of Women Biblical Interpreters: A Historical and Biographical Guide. Grand Rapids, MI: Baker Academic, 2012. Wendy Elgersma Helleman wrote the entry on Macrina the Younger. This is a great resource/introduction; I recommend it. 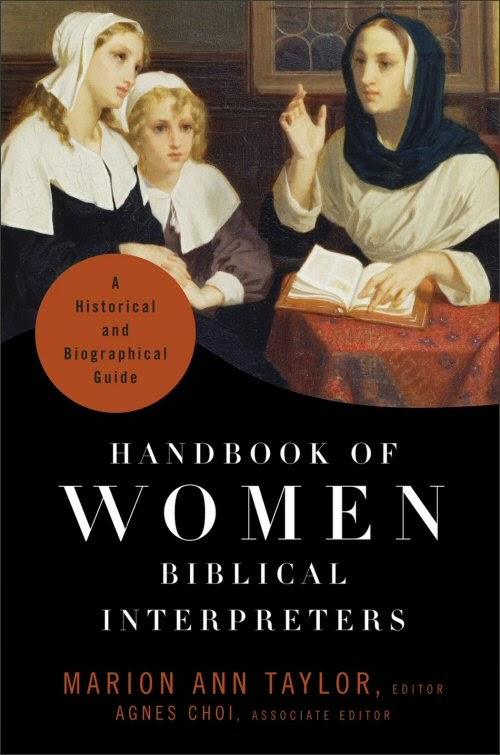