A Life as a Parable: In Honor of Dr. Martin Luther King, Jr. and Rep. John Lewis

“For action is the life of all, and if thou dost not act, thou dost nothing” -- Gerrard Winstanley, “A Watch-Word to the City of London and the Armie” (1649)

"While still a young man, John Lewis became a nationally recognized leader. By 1963, he was dubbed one of the Big Six leaders of the Civil Rights Movement. At the age of 23, he was an architect of and a keynote speaker at the historic March on Washington in August 1963."

"As a student at Fisk University, John Lewis organized sit-in demonstrations at segregated lunch counters in Nashville, Tennessee.  In 1961, he volunteered to participate in the Freedom Rides, which challenged segregation at interstate bus terminals across the South. Lewis risked his life on those Rides many times by simply sitting in seats reserved for white patrons.  He was also beaten severely by angry mobs and arrested by police for challenging the injustice of Jim Crow segregation in the South." 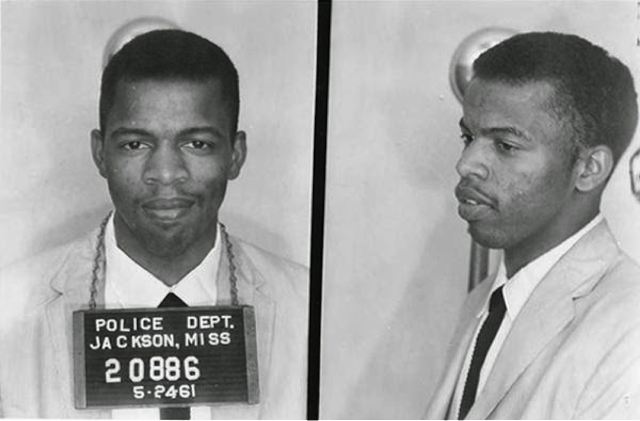 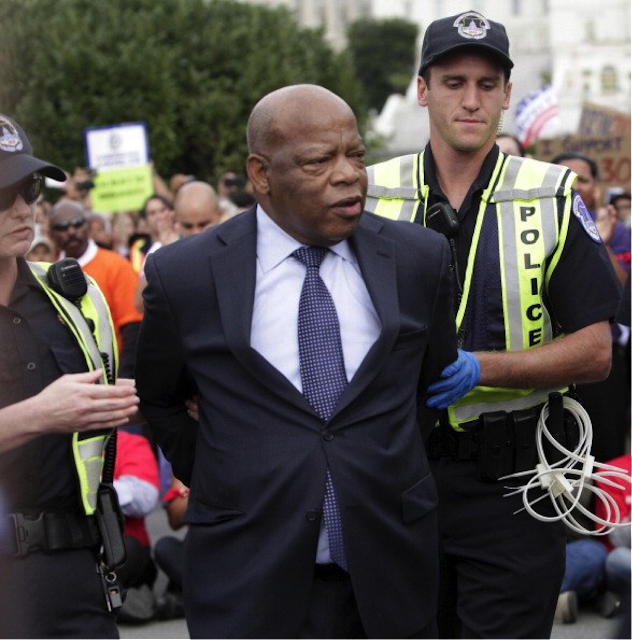 Before the redistricting of our congressional district, John Lewis was our representative, a fact that made me extremely proud.

Parables do not have to be fictional or made-up or a fable of some sort; an exemplary life can serve as a parable for us all.


Some parables are relatively simple and straightforward. “Go and do likewise,” says Jesus after he tells the parable of the good Samaritan in the Gospel of Luke (10:25–37): the command makes the parable easier to understand, perhaps, but more difficult to put into practice.
. . . .
As I read Jesus’s parables and the divergent ways in which various people have responded to them, I am reminded of the August 23, 1799, letter of William Blake to Rev. Dr. Trusler after Trusler had complained about one of Blake’s works of art that Blake had sent to him (see the introduction for details). Blake compares his own Visions of Eternity to, for example, the parables and fables of Aesop and argues: “The wisest of the Ancients considerd what is not too Explicit as the fittest for Instruction because it rouzes the faculties to act. I name Moses Solomon Esop Homer Plato.”
. . . .But the parables of Jesus go further than just “rouz[ing] the faculties to act”: they also challenge us to act in other ways, to change our priorities, not just our perspectives; to change our behaviors, not just our attitudes (David B. Gowler, The Parables After Jesus, pp. xi-xii).


Rep. John Lewis, like Dr. King before him, is a person who puts the message of Jesus into practice as much as anyone else I can think of.