I started this blog on December 9, 2013, with a post that announced my new reception history on the parables book project with Baker Academic. My James Through the Centuries--a reception history commentary--had just appeared in the UK and was soon to appear in the U.S. and elsewhere.

This post is my 100th of the blog; I have been posting fairly regularly--every three of four days, on average. It has taken some time away from writing the book, but, in the end, it has helped me in several ways, most of all keeping me focused on what style of writing is necessary in a reception history textbook geared primarily toward students.

Work on the book has slowed down since the beginning of the semester, mostly because of the amount of time that teaching, the Pierce Institute, committee work, and other faculty duties demand. The writing pace also has slowed down, however, because of the person's work that I am examining: Flannery O'Connor. It has taken me some time to decide what to do and how to analyze it.

O'Connor's work is fascinating and distinctive, and her home, Andalusia, is about 100 miles from our house in Atlanta. Unfortunately, I have not been able to visit her Andalusia yet, but our son, Jacob Gowler, visited a couple times and took some pictures with his cell phone. Here's one of the peacocks that roam the house (O'Connor loved and kept peacocks at Andalusia): 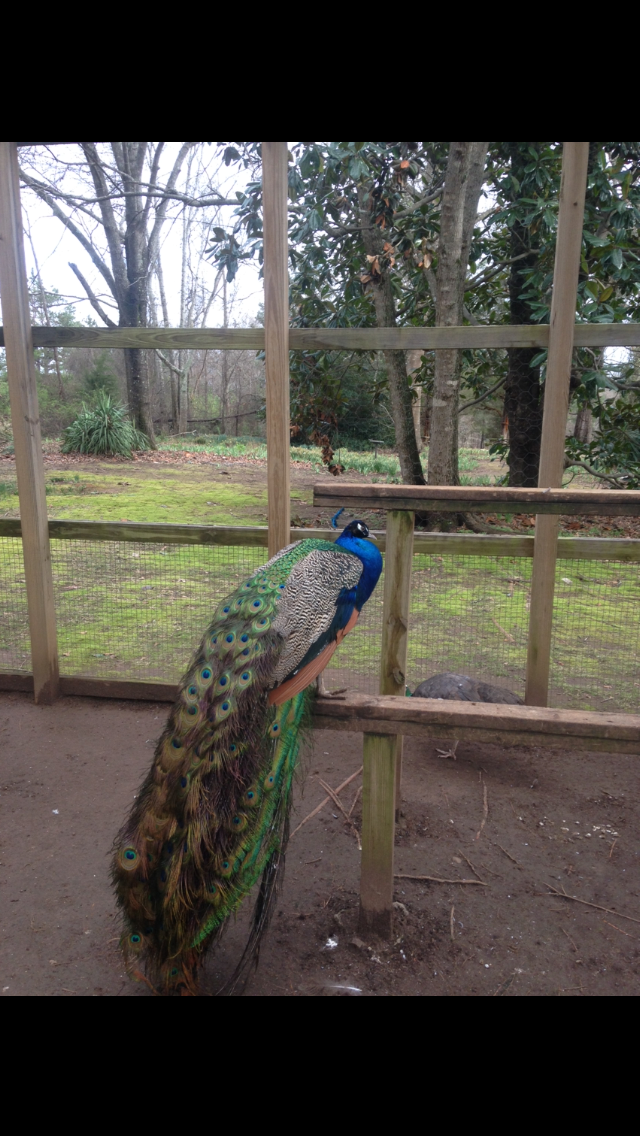 Here is one of Jacob's pictures of the front of the house: 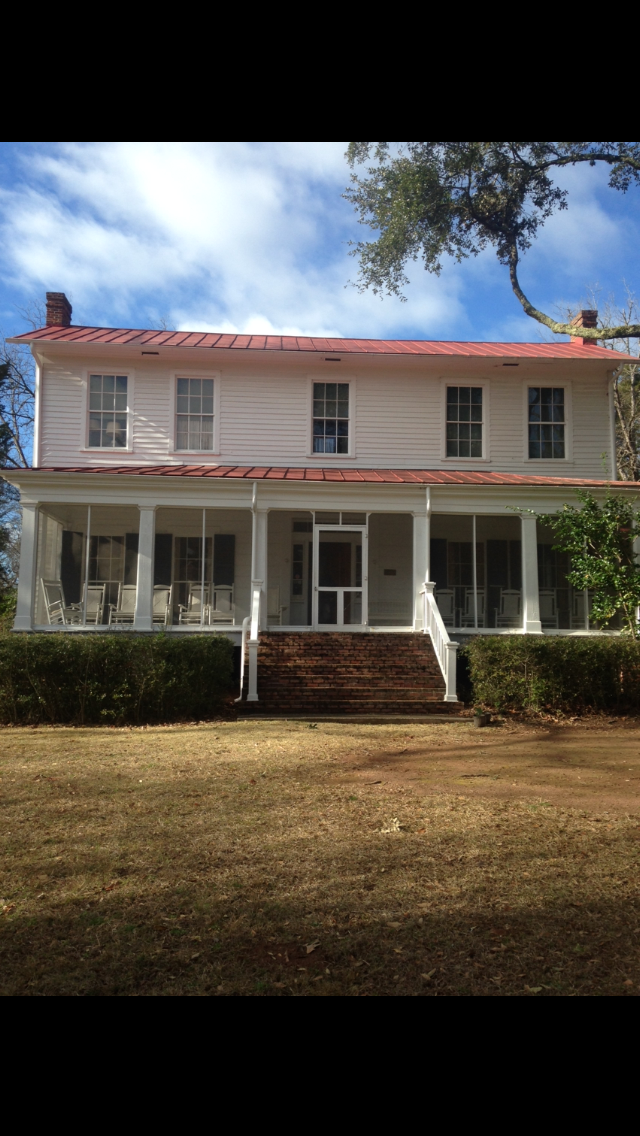 Since everyone knows about O'Connor and her peacocks, I thought it would be interesting to include in the book the following story from her early years in Savannah:

O’Connor was born in a prominent Irish Catholic family in Savannah, Georgia, on March 15, 1925. In the 1930s, O’Connor first gained brief national fame when she taught a chicken to walk backwards. Word of the feat spread, and a New York newsreel company made a short film of O’Connor and her backward-walking chicken that played before the feature film in movie theaters all over the United States (Kirk 2008: 3-4).

That story does not directly help us understand how O'Connor uses the parables in her work. But it is an interesting bit of trivia that can be seen as a "character-revealing" akme (See Gowler, Host, Guest, Enemy, and Friend 1991: 123). It also, as the chapter explains, is connected to the famous O'Connor peacocks. So, if word count permits, I will keep the anecdote in the book.

There is so much rich material in O'Connor's work that I am trying to focus on her use of the parable of the Sower in her second and final novel: The Violent Bear it Away (the title is is a quote from Matthew 11:12). I will write in detail about that in a later blog post. Great stuff!

At the top of this post is a picture of a painting by Hieronymus Bosch. I chose it to illustrate this blog post, because both O'Connor and Bosch created interesting, distinctive if not idiosyncratic, artist works that interconnect the grotesque and Christianity.

Bosch's Prodigal Son is also distinctive, because it does not portray the scenes that other artists usually choose to portray: the riotous living in the inn (e.g., Rembrandt), the repentance among the pigs (e.g., Dürer), or the return home to the father (e.g., Rembrandt). In this image, the prodigal looks back at the left side of the painting that represents the dissolute life he is leaving behind (note the seven pigs, the amorous couple in the doorway, the man urinating on the side of the inn, etc.). The sturdy gate on the right side of the painting, with the cow behind it, represents the Prodigal's return back to his father's plentiful farm. An owl scolds the prodigal from a tree above, and a titmouse appears upside down--just like the prodigal's life up to this point--up above his head as well (Fraenger 1983: 260).

It has struck me just how many artists identify with the prodigal son. Bosch is among them:


Only a painter to whom the parable of Jesus was more than just a theme could have done this. Only a man with first-hand knowledge of the labyrinth of remorse, a man personally tested by temptation, could have caught that facial expression and concentrated it into such a state of spiritual shock that we feel as though, in the Prodigal Son's backward look, all the woes of mankind had laid hold on us. The picture is, then, not an illustration but the religious witness of a man who, recognizing himself in the parable, felt called upon to capture exactly that remorseful look (Fraengeer 1983: 258).

Should I start to tackle Augustine in my 101st post?