Irenaeus and the Parables (Part 1 of 2) 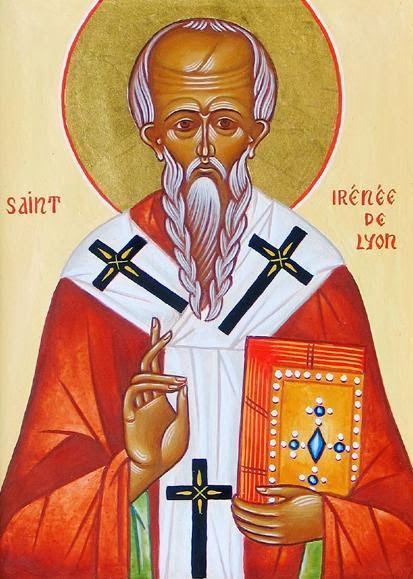 I have a soft spot for Irenaeus, because he was the subject of my very first Religion paper (at the University of Illinois). I was still a Chemical Engineering major (I switched to a Religion major in my junior year), and I took a Patristics course with Professor William Schoedel (since I was still a chemical engineering major, I had no idea who Dr. Schoedel was). My responsibilities for Irenaeus also included teaching part of the class one day, explaining recapitulation and other such things to my classmates.

A new semester begins today at Emory University, and I am once again teaching my “Portraits of Jesus: Art and the Interpretation of the Gospels” course, so I dedicate this post to Dr. Schoedel, with many thanks for his scholarship and for the two fantastic courses I had with him 35 years ago (that must be a typo) at the University of Illinois. 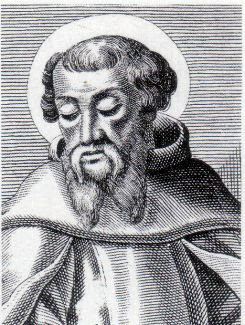 Here are a few insights about Irenaeus and the parables that stem from my draft of Chapter 1 for the book:

Irenaeus apparently was born in Smyrna, since he writes that in his “early youth” he saw Polycarp, the bishop of Smyrna (martyred ca. 156), who “always taught the things which he had learned from the apostles, and which the Church has handed down, and which alone are true” (Against Heresies 3.3.4; Eusebius quotes a letter from Irenaeus in which Irenaeus recalls hearing Polycarp discussing his life with John the Apostle; Church History 5.20.4-8).

Irenaeus succeeded Pothinus as the bishop of Lyon (Lugdunum). Pothinus was over ninety years old when he was arrested, put on trial, and beaten so severely that he died in prison two days later. Other Christians were also martyred; some were fed to wild beasts or made to fight as gladiators in the Lyon amphitheater (Church History 5.1.1-63). Irenaeus was away in Rome at the time.

Irenaeus’s explicitly discusses the “proper mode of interpreting parables” in Against Heresies 2.27.1-3. God has made it possible for anyone with a “sound mind,” who is “devoted to piety and the love of truth” to study Scripture to understand the “things which God has placed” within the power of humans to understand, because Scripture speaks “clearly and unambiguously in express terms” about those things:
And therefore the parables ought not to be adapted to ambiguous expressions. For, if this be not done, both he who explains them will do so without danger, and the parables will receive a like interpretation from all, and the body of truth remains entire, with a harmonious adaptation of its members, and without any collision [of its several parts]. But to apply expressions which are not clear or evident to interpretations of the parables, such as every one discovers for himself as inclination leads him, [is absurd]. For in this way no one will possess the rule of truth; but in accordance with the number of persons who explain the parables will be found the various systems of truth, in mutual opposition to each other, and setting forth antagonistic doctrines, like the questions current among the Gentile philosophers.

If parables had indeed received a “like interpretation from all,” then this parables book would not really be necessary! Spoiler alert: they didn’t!

People inquire but never find, according to Irenaeus, because they improperly reject the proper method of discovery. Irenaeus here points to the parable of the “bridegroom” (Matt. 25:1-13) to explain. If a person’s lamp is “untrimmed” and burning with an unsteady light, that person obscures the “plain announcements” of the parables and will be excluded from the “marriage-chamber.” Not just the parables but also all of Scripture “can be clearly, unambiguously, and harmoniously understood by all, although all do not believe them.” Thus the Gnostics’ “secret knowledge” allegedly passed by Jesus only to certain disciples and the resulting obscure interpretations of the parables by the Gnostics actually are self-imposed chains that bind them and darkness that blinds them.

Irenaeus acknowledges that “parables admit of many interpretations” but argues that the solution to this problem is explained by the parable of the Two Builders (Matt. 7:24-27 / Luke 6:47-49): One should build one’s house on the rock that is “certain, indubitable, and true”; building upon shifting sand, as do the Gnostics, is to “act as if destitute of reason.”

Thus Irenaeus’s understanding of the parables builds upon the argument against the Gnostics the he had begun in the Preface of Book 1 of Against Heresies: “These men falsify the oracles of God, and prove themselves evil interpreters of the good word of revelation. They also overthrow the faith of many, by drawing them away, under a pretense of [superior] knowledge, from Him who founded and adorned the universe.” The Gnostics abuse and “twist” Scripture “from a natural to a non-natural sense” that supports, like some interpreters of Homer, “any kind of hypothesis they fancy” (1.9.1, 4).

Irenaeus argues that even though we cannot have perfect knowledge in this life—and have to leave many questions in God’s hands—the Scriptures are perfect; it is humans who are imperfect (2.28.2). Some things are beyond human understanding, and some questions must be left in the hands of God. Scripture, however, is “perfectly consistent,” and the parables must be harmonized with other, more easily understood passages, “and those statements the meaning of which is clear, shall serve to explain the parables; and through the many diversified utterances [of Scripture] there shall be heard one harmonious melody in us, praising in hymns that God who created all them” (2.28.3). This is one rationale for “prooftexting.”

The next post later this week will discuss how Irenaeus uses the parables—especially the fathers portrayed in them—to stress the continuity of the God of the Hebrew Bible with the God of Christianity (a key argument against Marcion). I’ll also say a few more words about “prooftexting” and parables, as well as noting some resources for the above content and for further reading about Irenaeus.

And then next week I’ll discuss some “Good Shepherd” images.
at January 14, 2014