This is my last night in London, so I thought I'd post another entry on the Good Samaritan window while I wait for the US/Portugal World Cup match.

Since the stained glass window at Chartres Cathedral interprets the parable of the Good Samaritan allegorically, the creation of Adam and Eve and their "fall" are depicted in several scenes.

The last scene of the "medallion" discussed in the previous post depicts God (again, shown as Jesus with a cross nimbus) showing Adam and Eve the tree of the knowledge of good and evil and telling them not to eat its fruit (cf. Gen 2:15-17, where only Adam has been created at that point). Note also that the tradition had already been established (early 13th century) that the fruit was apples (although some acorns are also depicted as red in the Prodigal Son window at Chartres).

The serpent already appears in this scene. It is red, entwined around the tree, and its head points toward Adam and Eve: 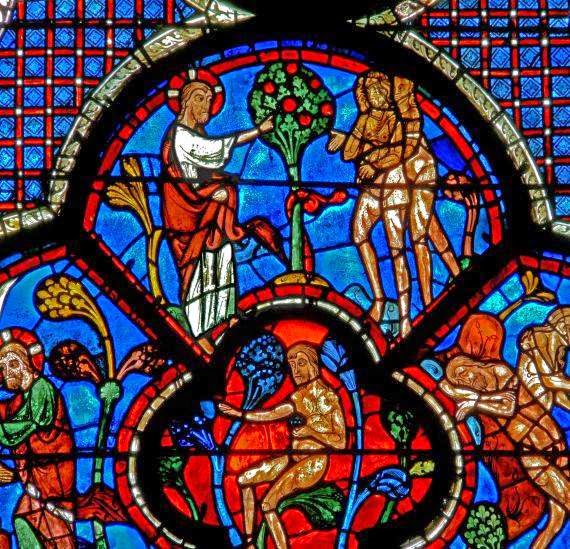 The next scene depicts Eve convincing Adam to eat of the fruit (which is also an elaboration on the story in Genesis 3:1-7). Note the very happy red face (apparently of the serpent) depicted just below them: 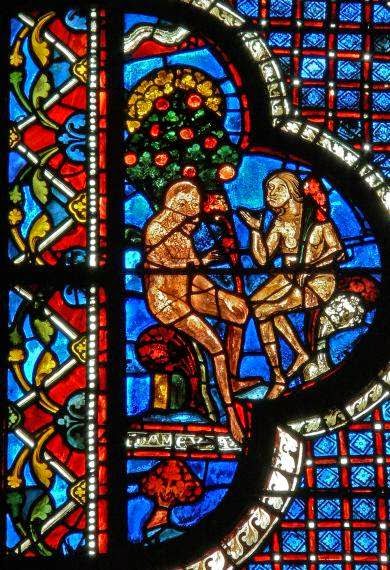 The next scene shows Adam and Eve after they have eaten the fruit. Adam grasps his throat, perhaps in pain or shame, but most likely because of the tradition that the Adam's apple was caused by a piece of the fruit sticking in Adam's throat. 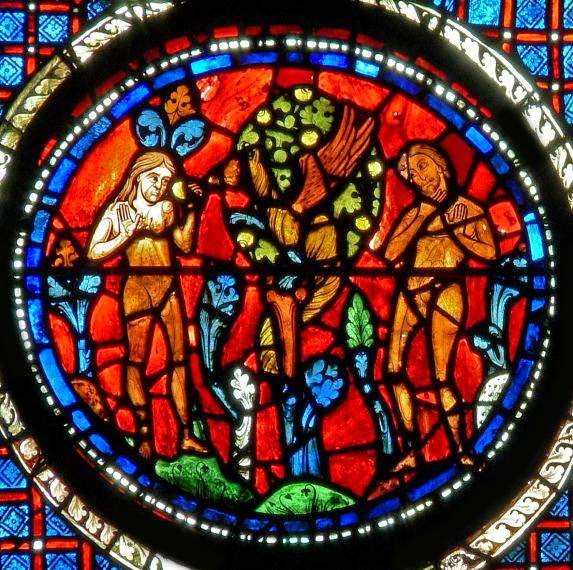 I will write later about some of the research and other work I did in Oxford, Cambridge, and London, but here is a bonus photo. I attended one day of the "Jesus and Brian" conference in London. My day ended last night with a fantastic dinner at the Inner Temple Hall. John Cleese was the featured speaker, and he did not disappoint. Here is a photo of him speaking at the dinner: 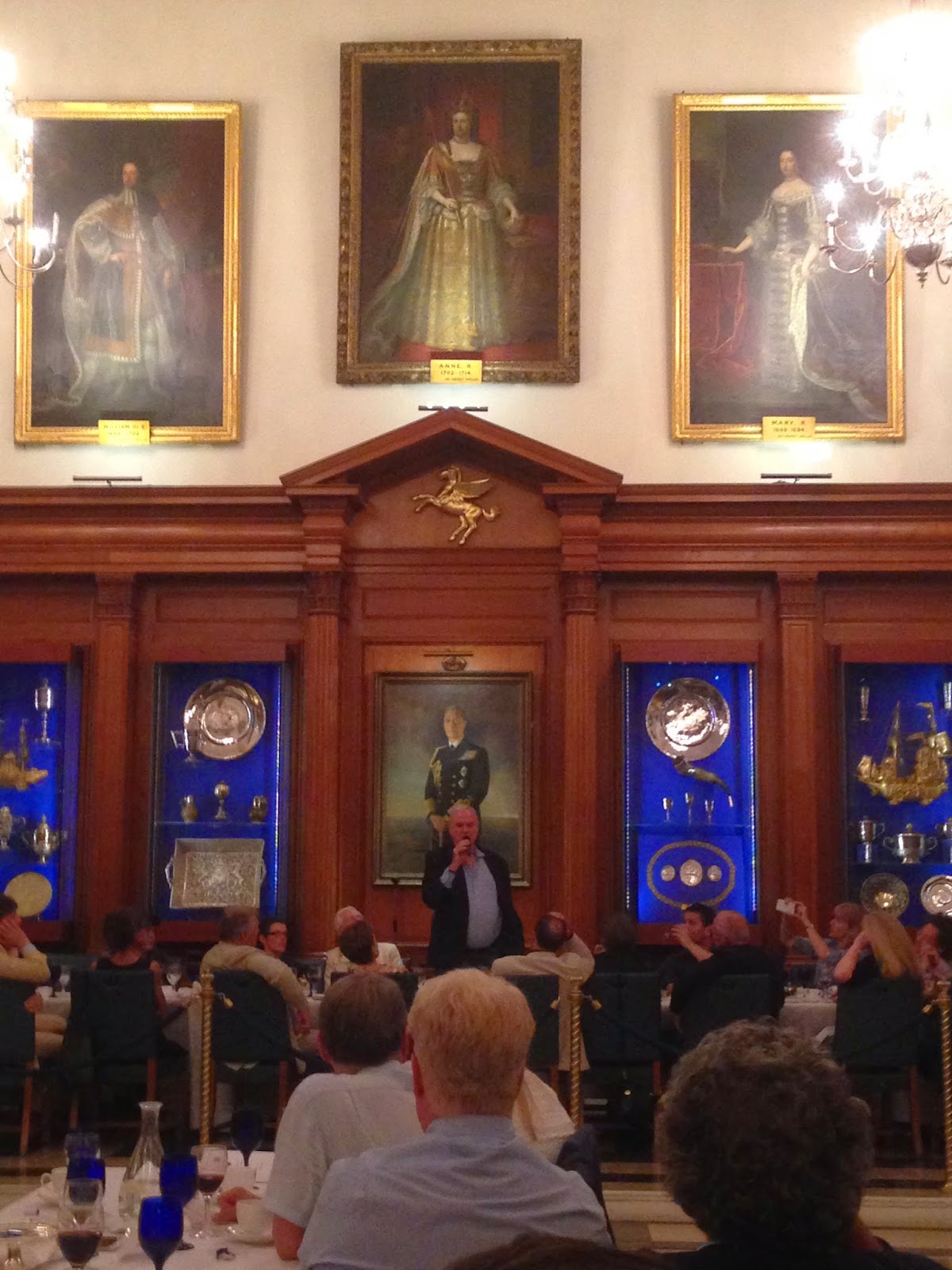